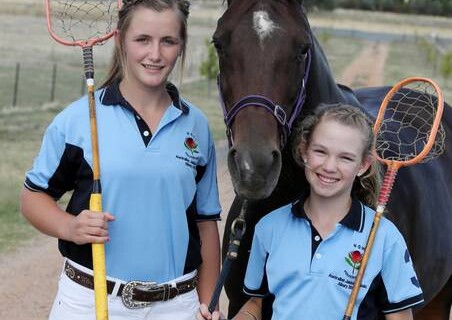 MONTANA Ross and Emma Piltz are ready to be tested by the best in the business.

The promising Albury-Holbrook Polocrosse Club youngsters will play for NSW at the Australian Junior Classic in Albury from April 25 to 27.

The pair will then start preparing for the Australian Polocrosse Nationals in Darwin from July 7 to 13, a trip which will also be made by fellow Albury-Holbrook players Elissa Koch, Lucy, Jim, Charlie and Abbott Grills and Troy Henry.

Montana Ross and Emma Piltz, with Gem, have been chosen to play for NSW in the Australian Junior Polocrosse Classic. Picture: PETER MERKESTEYN