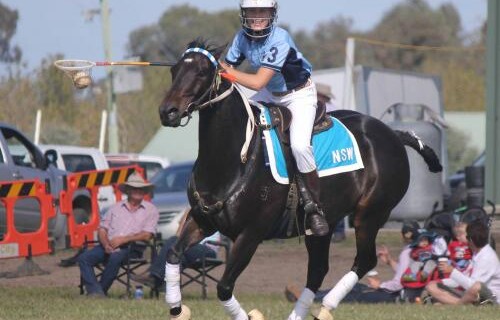 During the last week of the school holidays, Johnny (Year 9) and Jess Ward (7) competed in the Australian Polocrosse Junior Classic for NSW, which was held at the Albury Equestrian Centre.

The state teams have two divisions – under 12 and under 16 – and they compete against Northern Territory, South Australia, Tasmaina, Queensland, Victoria, Western Australia and New Zealand.

Being 12, Jess Ward was the youngest to be selected in the under 16 competition to represent NSW. The team was very competitive until Jess’s horse was injured in a game. Her brother Johnny very kindly offered up his horse for the final, and they went down by only two goals to Northern Territory.

Jess was awarded best number 3 female player for the competition, and her horse is now recovering very well at home. Jess is pictured in action, right.