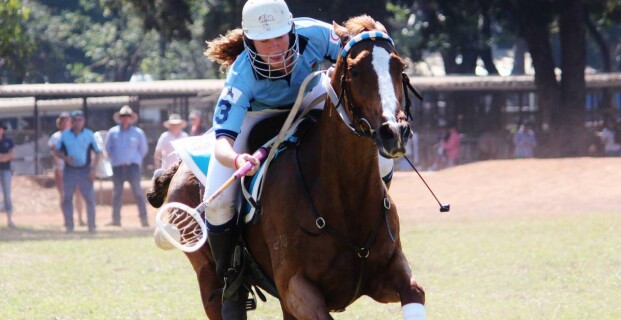 Not only will the Albury Holbrook Polocrosse Club host the 2016 National Championships but four members of their club have been selected to play in South Africa for the World Cup.

The competition will be held in South Africa next June and July in Pietersmaritzburg and Durban.

“It was a huge shock but a good shock. I am very proud to be selected,” Lucy said.

Lucy and Jim have just returned from playing in Western Australia.

Lucy played in the Australian team against New Zealand and was named ‘Player of the Series’ and Jim played for a WA team and was named ‘Champion Mixed Player’ of the tournament.

The last Polocrosse World Cup (PWC) was played in the UK in 2011 and South Africa currently hold the title.

Before heading to South Africa the team will train at the Australian Institute of Sport in Canberra for a week and attend practice weekends.

They won’t take their own horses to South Africa next year – four days before the first game they will be given a team of 12 horses to use between the eight riders.

During the PWC, games will be played against New Zealand, Zambia, Zimbabwe, USA, Ireland, UK and South Africa.