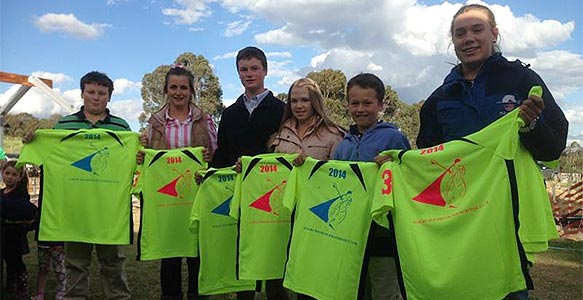 The Albury Holbrook Polocrosse Club Presentation night and AGM was held at the Flyfaire Winery in Woomagama on Saturday 1st of November.

A great afternoon/evening was had by all, with a new committee selected, hard working club members acknowledged, and prizes won.

Congratulations to our new office bearers: 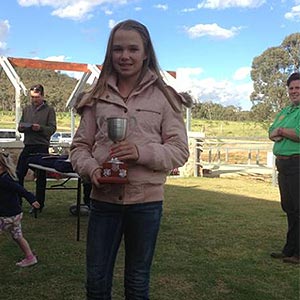 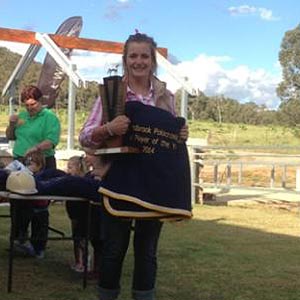 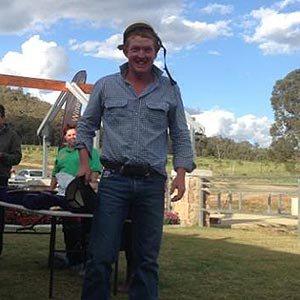 Matt Davidson – Stack of the Year 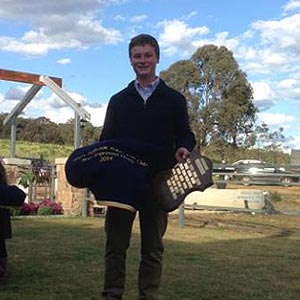 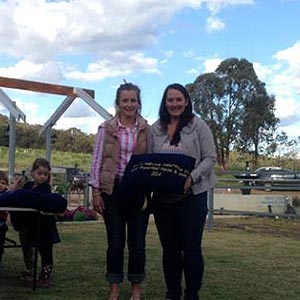 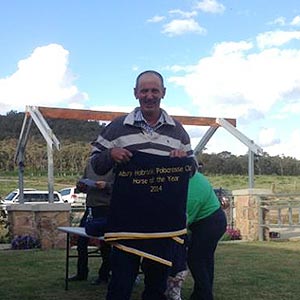 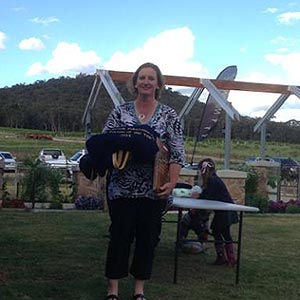 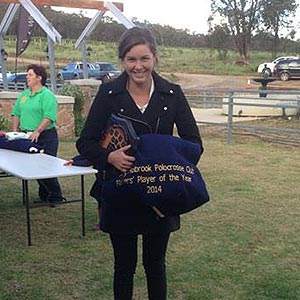 Practices and preparations for the Junior classic were somewhat very casual this year. Well attended and low key which was a nice change in the lead up to our carnival.

The Albury Classic /Junior coaching saw 180 kids attend for the 2 days coaching clinic before 16 teams competed in the Junior classic. Albury had several representatives showing off the club talent.

Montanna Ross was a member of the runner up NSW 1 team and she was successful winning Division 1 Best ASH and overall champion Female horse and rider on ‘Magoo’.

Hugh Anderson represented NSW in the Junior Mixed #3 team and Digby Anderson won his division as part of a Junior Pool Team.

Jess Ward competed for NSW Junior Mixed team 4, she was successful in winning Best female #3 in the Junior Mixed Division 3.

The club season was somewhat compressed due to the Nationals. Overall a good representation and results at all carnivals. We even had a couple of teams head out west for some fun in the sand at Pretty Pine.

The trek to Darwin by all reports was epic, although I did not travel by truck, my 4 day visit was taxing enough on the liver!! Albury Holbrook had several representing.

Emma was a part of the exhibition sub junior teams which was successfully undefeated for the week. Emma was a dominant player throughout the week

Montanna Ross and the under 16 girls were unfortunately narrowly defeated by QLD in a great final. Montana was the utility player rarely playing the same position in consecutive chukkas.

Johnny Ward was selected as a reserve for the Junior Boys but enjoyed the side line with no injuries for him to step in for.

Charlie Grills playing for the NSW Mixed Masters were rarely troubled in their games and went on to comfortably defeat WA in the final.

Elissa Koch after having lost both her main mares in Millie and Glide jumped onto Jess Fletecher’s Jackie and never looked back with NSW Senior Mixed beating QLD in the final. Past local Trent Mortimour was also a part of the victorious team

Jim Grills and Matt Davison both played in the much anticipated u21 men’s comp. Whilst NSW looked good in the lead up to the final. Future brother in law Matt and the QLD boys had the last laugh claiming life long family bragging rights by outclassing Jim and the NSW side. Well done Matt on your win and ability to get the job done on the inexperienced grey Scarlett after losing Vegimite once at Darwin.

Lucy Grills and the U21 women also defeated QLD in a close final. Ravers was all out in the final after attracting a lot of QLD attention. She proved her class by been awarded Champion ASH.

Wagga/ Albury lady Carlie Grills played well on debut for the NSW women side who were unfortunately out gunned by the slick WA ladies in the final.

Abbott Grills and the NSW men defeated QLD in the final of the Senior Men which was described by many as one of the best polocrosse games seen. Abbott was all class for the tournament and was able to find a way to conjure a victory for the side when QLD looked like they were set to prevail. Abbott and Percussion left with literally a truck load of prizes including, champion male player, best number 1, champion overall player, and champion ASH horse. Troy was called upon when injury hit the side and competed strongly as he always does.

Late in the season Hugh and Digby represented St Pauls, Walla Walla, at the NW interschool’s at Coonabarabran in which they were Runners Up in the A-grade. Hugh also represented NSW when he was picked to play USA over 2 weekends at Narrabri and Warren in which he received Best #3 for the comp. I believe Jeff, Digby and Fi enjoyed playing in the A Grade and B grade on these weekends respectively.

NSW vs WA test in Perth saw Montanna represent an undefeated NSW junior team and also gain selection onto the Australian squad after her performance in WA.

Lucy Jim and Matt headed to WA to play for two carnivals. Lucy was playing as a part of the Aussie World Cup ladies squad. Jim and Matt won best number 1 and 3 respectively at the WA state Champs with Jim also awarded best mixed male player.

Finally to top off a successful season Abbott, Lucy and Jim have all been selected to represent Australia at the world cup in South Africa next July. Troy was also appointed coach and Will Weston also a part of the team. A huge effort from south west slopes!

On the family front, congratulations to Jake and Jos Burey on the arrival of the adorable Sophie. Welcome to our man Percy and congratulations to Abbott and Carlie on their marriage. Best wishes to Greg and Elle as the twins get closer to hatching!

I would like to thank the committee for their continued dedication and the tireless hard work they have put into leading the club throughout the past twelve months. I would also like to commend all club members for their efforts in running two successful carnivals. It is particularly satisfying to see events such as the Junior Classis, Darwin and World Cup team announcements which show the success and development our players are displaying. Once again from the juniors in the sand pit to the seniors, our on and off field performance with excellent achievements, improvement and sportsmanship shown across all grades throughout the year is a credit to all.